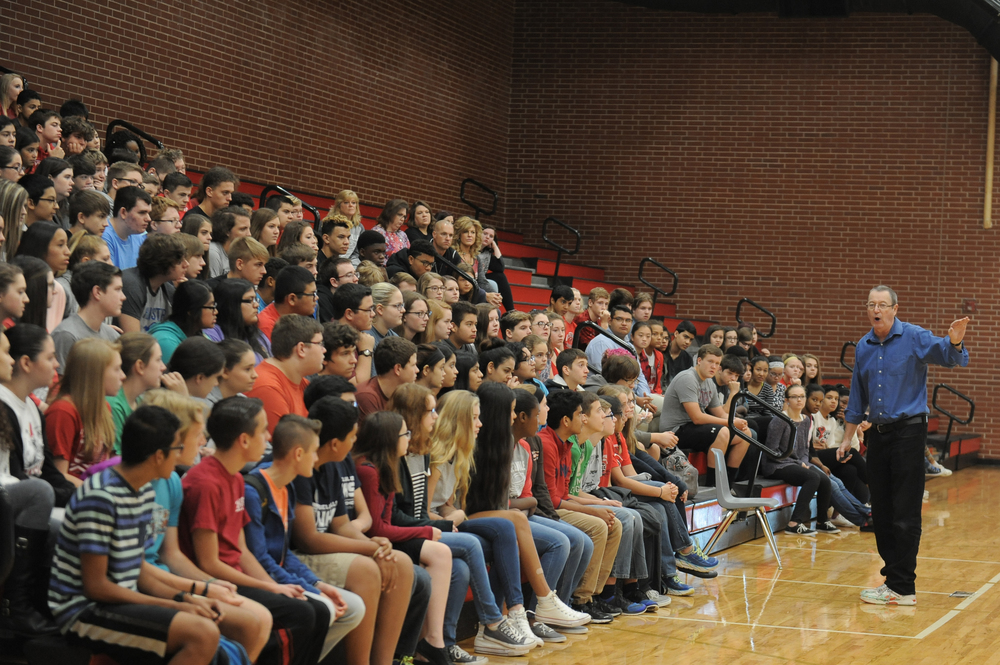 On November 4, Eric Walters, author of over 94 novels, came to visit the entire student body of RJHS. Additionally, Walters hosted an autograph session and small-group author circle for Russellville students who have read his novels.

About Eric Walters: Walter's novels have won more than 100 awards including eleven separate children’s choice awards. He is the only three-time winner of both the Ontario Library Association Silver Birch and Red Maple Awards – in which over 250,000 students participate and vote for the winner. In November 2013, he received the prestigious Children’s Africana Book Award – Best Book for young children – for his book The Matatu. This American award was presented to Eric in a ceremony at the Smithsonian in Washington D.C.

Walter's novels are now available in places as far away as New Zealand, Australia, India and Nepal and have been translated into more than a dozen languages including French, German, Japanese, Italian, Mandarin, Spanish and Portuguese.